Conference title: The Anthropology and Geography: Dialogues Past, Present and Future: Presenting two papers on Edible Maps and the use of maps as a tool for UA.

1. The word on the street: go-along interviews, walking, and imaginary maps as a tool for visioning and implementing urban agriculture at a neighbourhood level.

2. Occupying and experiencing the map: the map and diagram as tools to reveal urban food futures

A seven day series of walks in Shieldfield, exploring the cities potential for urban agriculture. Supported by Shieldfield Art Works.

I became involved with Incredible Edible Bishop Auckland in 2018. This event introduced the project to the town’s people.

Speaker at an evening panel discussion “The Gift and Vulnerability of Seeds”, urban agriculture with a screening of Seed: The Untold Story. Supported by British Land and organised by Anthropologists of Eating

December 2017, an exhibition at the Depot Cinema, Lewes, UK

Exhibition of photographs exploring my UA work in Iraq

Plastique Fantastique is a London based art group active from 2004–present envisaged as a group of human and inhuman avatars delivering communiqués from the extreme past and the future.

The lecture formed part of the master’s degree in architecture, looking at the role of urban agriculture and sustainable cities.

A seven day series of walks in Peterborough, UK, exploring the cities potential for urban agriculture. Commissioned by The Green Backyard in conjunction with art organisation Metal’s harvest festival.

Exhibiting the Edible Map of Newcastle and artist-led walks around the city as part of the Urban Organisms event May- June 2015.

Future cities: designing for sustainability. A joint event between Hadlow College and Greenwich University. Keynote presentation on food and cities. I TOOK A BREAK IN 2013 TO COMPLETE PHD THESIS

Workshop on UA at the Makebijde architecture centre, Houten organised by Project Dig, Netherlands. Keynote speech on UA potential in Global North including qualitative analysis of how people use space in cities.

International conference on urban agriculture and sustainability. Organized in partnership with the National School of Public Health, New University of Lisbon and Support Group for Sustainable Development of Agriculture’s Urban Agrarian School of Coimbra.

Urban agriculture conference, Copenhagen House of Food. Keynote speech on UA in London and its potential

As part of the Permaculture residencies, I draw the Edible Map of Hackney, as well as ran walks in both 2010 and 2011. 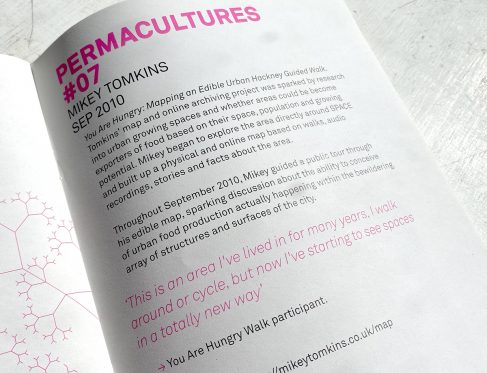 Urban agriculture exhibition entitled “London Yields”.Exhibited the Edible map of Croydon and the rooftop project The Garden in the Sky. Presentation of PhD research and closing event. 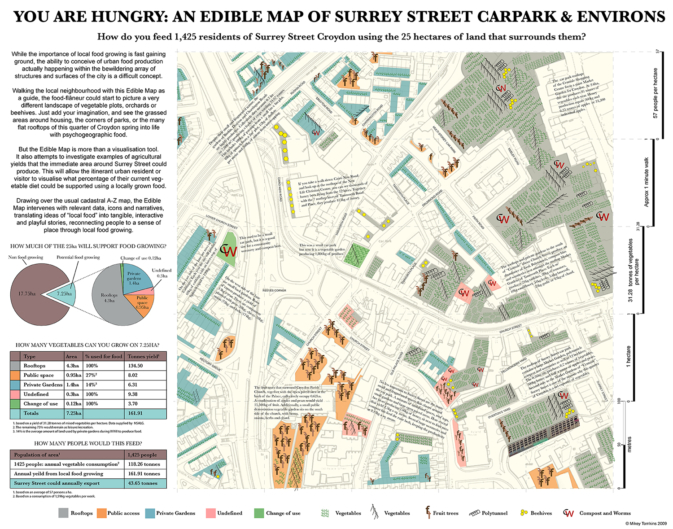 “Finding the plot: access to land for food growing groups in Urban Areas”. Organised by Women’s Environment Network and Local Action on Food. Presentation on quantitative mapping of urban space for food production.